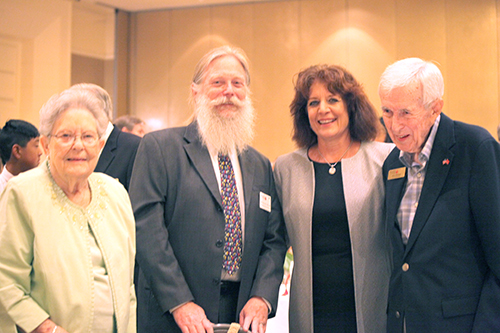 HoG’s Evening of Celebration and Gratitude was a Joyous Success!

On June 18, Hemophilia of Georgia (HoG) was thrilled to host its long awaited and greatly anticipated Evening of Celebration and Gratitude at the InterContinental Hotel in Buckhead. Our amazing and steadfast supporters, dedicated board members, volunteers, and staff came out in full force to be a part of what makes Hemophilia of Georgia such an impactful and meaningful organization: working to transform lives in the bleeding disorder community by providing excellence in comprehensive health care, education, advocacy, and the support of research. At the event, HoG honored Jeff Cornett, John and Elaine Mitchell, and thanked our wonderful volunteers and donors for all their hard work and support of our mission. (View video montage from event.) 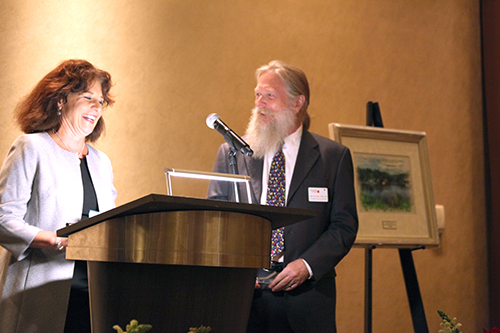 The evening began with a lovely reception, followed by a fabulous dinner, and the honoring of Jeff Cornett, Vice President of Research and Public Policy, who is retiring after 30 + years of dedicated service. Hemophilia of Georgia’s CEO, Edith Rosato spoke about Jeff. In her remarks she stated, “Goodbyes are never easy, but they are particularly difficult when you are saying farewell to an extraordinary professional like Jeff, who has served for so long and with incredible devotion. As a dedicated member of the Management Team, Jeff’s leadership qualities have been stellar, his expertise unsurpassed, his passion unwavering, his institutional knowledge irreplaceable, his contributions astounding, and his commitment to Hemophilia of Georgia and the bleeding disorder community are tremendous! He will certainly be greatly missed by all and by me personally. He has been instrumental in helping me transition into my role as CEO and his leadership has been critical in helping Hemophilia of Georgia achieve some of its major goals such as becoming an internationally recognized organization, becoming the Regional Core Center for the Southeast Region’s Maternal and Children’s Health Bureau Federal Grant, and becoming the premier provider of quality, comprehensive care for the bleeding disorders community. Pretty impressive and lofty goals to accomplish by any measure; but anyone who knows Jeff, knows he has always had big goals and high standards.” 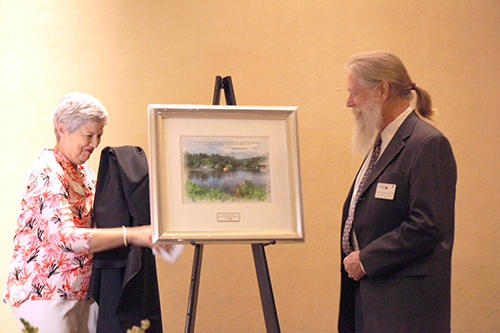 Jeff was presented with a lovely and meaningful framed picture of Camp Twin Lakes, the host facility for Camp Wannaklot - a program near and dear to his heart. Additionally, some heart-felt remarks were offered by Stan and Helen Sloat of Nelson Mullins and they presented him with beautiful artwork by Steve Penley. Next, he was given a good, old-fashioned roasting by longtime colleague and friend, Chief Operations Officer Karen Geney. 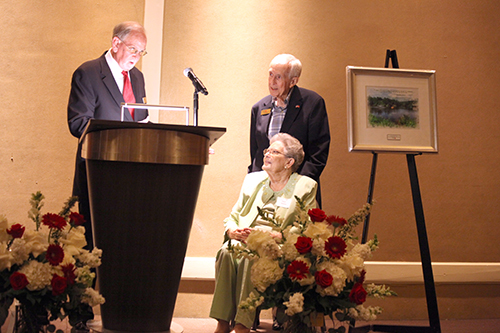 The evening continued with a moving tribute given by HoG’s Chief Governance Officer, Tom Brand, to two very special and dedicated people, John and Elaine Mitchell, who were honored for their 44 years of service and dedication to Hemophilia of Georgia and the bleeding disorder community. At the event, Tom proudly announced that Hemophilia of Georgia’s Board of Directors officially named a Research Chair Endowment at The Emory School of Medicine, The John and Elaine Mitchell Chair in Hemostasis, in their honor. Tom said, “I cannot imagine two people who are more deserving of this honor. So much of their lives have been dedicated to ensuring high-quality, comprehensive care, improving education and advocacy, and finding a cure for hemophilia. However, what many people do not know is that John and Elaine, along with several other families, established Hemophilia of Georgia very early on as a chapter of the National Hemophilia Foundation (NHF). At the time, HoG existed through a state request, but the Mitchells helped put Hemophilia of Georgia on the national map!  Ever since, they have worked continuously to make HoG the internationally recognized nonprofit and the premier provider of programs and services for people with bleeding disorders that it is today.” The Mitchells also received a beautiful Waterford Crystal bowl and a heartfelt message of gratitude was delivered by Janet Glass, HoG Emeritus Board Member. 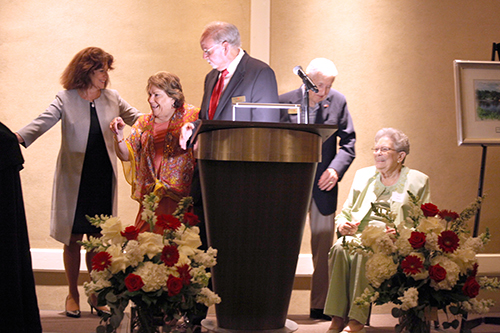 Hemophilia of Georgia is grateful to our supporters who came out to celebrate together, after a long and challenging year and a half of being apart. We are stronger, healthier, and happier when we are together!