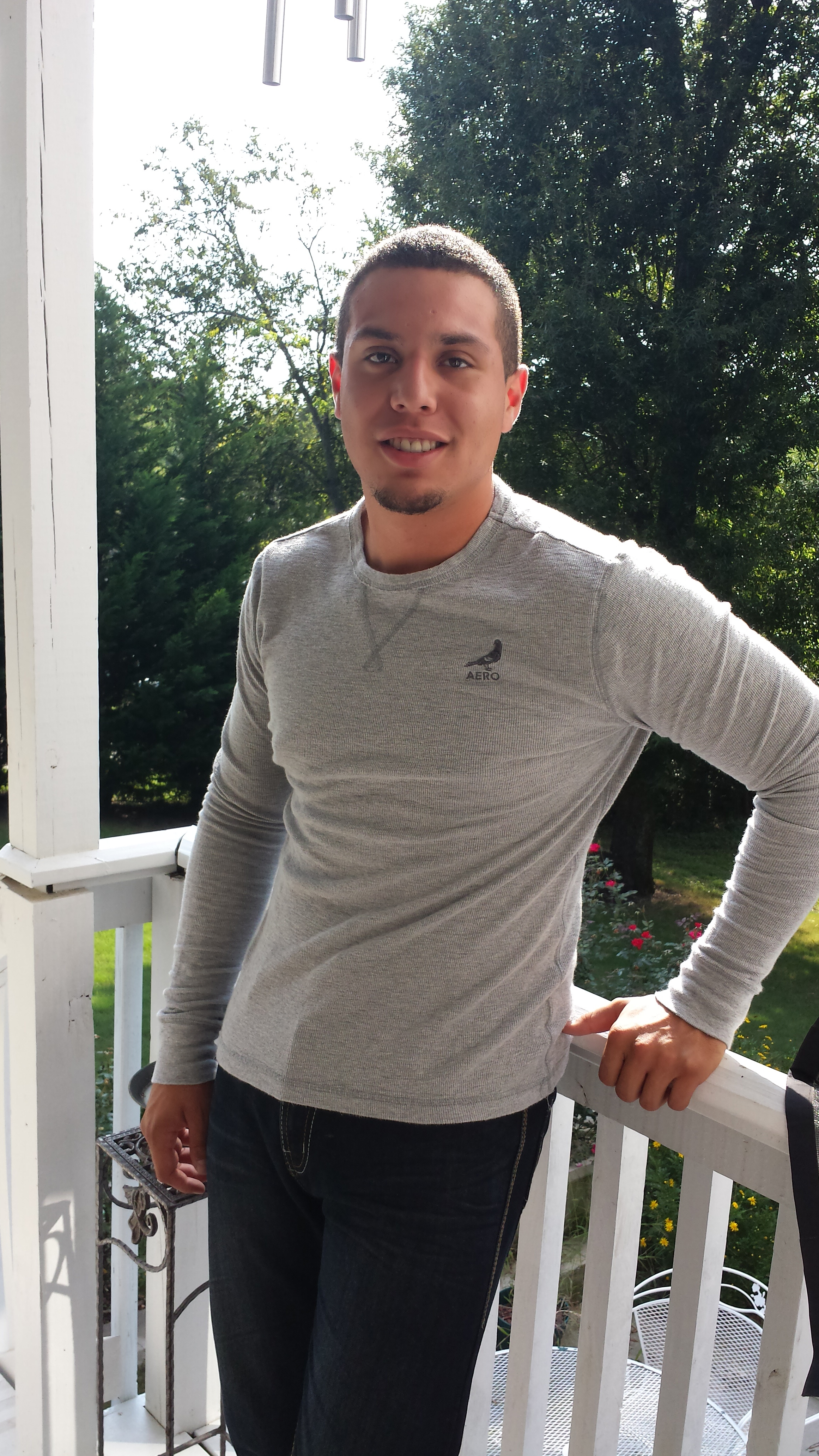 At 19, Anthony V. is the kind of volunteer who exudes a calm leadership style, even in the heat of summer when a young camper needs encouragement. He seems happiest when he is stepping up to help, whether it is at Camp Wannaklot or the Hemophilia of Georgia Teen Retreat or as a community organizer in his North Georgia community.

It is not surprising to those who know him that Anthony has White House ambitions, as an intern that is. Anthony is competing with other candidates for a chance to work with the staff of President Barack Obama – or the staff of Vice President Joe Biden – in the summer of 2014.

And will there be a possible bid for president some day? He smiles at the question but isn’t making any commitments just yet. A sophomore and political science major at Dalton State College, Anthony participated in Washington Days last January with people from around the country. At the Capitol he learned first-hand about advocating for the bleeding disorder community.

“Anthony is a leader among his peers and a tireless supporter of HoG.  He participated in the Georgia Teen Institute and was a member of the Leaders in Training during Camp Wannaklot 2011,” said Kim Wilson, HoG’s Camp and Activities Coordinator. “He has volunteered at Camp Wannaklot 2012, Washington Days 2013, Camp Wannaklot 2013, and Fall Family Camp in 2013.  When I asked him if he would like to volunteer for Teen Retreat 2014, he replied, ‘That is not even a question! Of course I would like to!’”

Anthony in turn describes Kim as one of the most important influences in his life, somebody who helped to shape his future by asking a simple question, “Do you want to be a leader?” Ever since he answered, “YES,” his path to becoming a community leader has unfolded in ways he could not have envisioned. It was a question that transformed his life, he said. When Kim believed in him, he saw himself in a new light. He now wants to inspire others in the same way.

An enthusiastic camper when he was younger, he explains why it is important to give back.

“Volunteering at Camp Wannaklot changes not only the lives of the children but also improves the lives of those who volunteer. Camp builds bonds that are hard to break,” Anthony said. Some of his fellow campers are now his fellow counselors.

Closer to home, he strives to inspire other young people as the president of a newly formed North Georgia group called the Latin American Student Organization. Open to all students who want to learn more about Latin American cultures, the student group puts a strong emphasis on higher education, political advocacy and voting. Anthony said he is excited to learn new things about Latin America cultures and traditions as his organization invites interesting speakers to student events.

On the subject of helping others, he quotes by heart a statement by Martin Luther King, Jr., which made him want to extend himself even more:

“Every man must decide whether he will walk in the light of creative altruism or the darkness of selfishness. This is the judgment. The most persistent and urgent question in life is, what are you doing for others?”

“I actually saw it at the MLK museum in Atlanta. I felt inspired by this quote because it reminds me to think of others instead of being selfish,” he said. It would seem that he hardly has time to be selfish.

Whether he is encouraging a camper who is learning to self-infuse or encouraging a parent to be less fearful about hemophilia, Anthony not only leads but functions well beyond the leadership role, as a member of a diverse team, according to HoG nurse Rueleen Kapsch.

Adds, Kim, “Anthony exudes grace under pressure, and is one of the most reliable young men I’ve ever known.  If he promises to take care of a task, I know it will be taken care of, and it will be completed with excellence.  It consistently surprises me to remember that he is only 19 years old.  He is responsible, has a heart for service to his community, and has seized every opportunity for leadership at HoG that we have offered him.  I am so proud of Anthony, and I cannot wait to see what the future holds for this remarkable young man.”