How Blood Works in a Person With Hemophilia 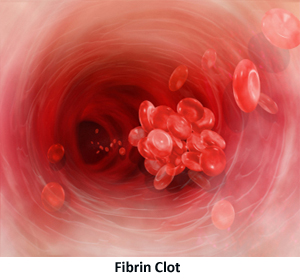 As explained in Understanding How Blood Works, bleeding is supposed to stop after three things happen:

The first two steps to stop bleeding usually work just fine in a person with hemophilia.  The blood vessel gets smaller and the platelets make a plug.

Some people think a person with hemophilia can bleed to death from a small cut.  This is not true.  The first two steps are usually able to stop bleeding from cuts and scrapes.

Bleeding Inside the Body is the Big Problem

Bleeding inside the body is more of a problem for people with hemophilia than bleeding on the outside from a cut or scrape.  Inside the body, the blood can go into spaces in joints, muscles, and organs.  This can cause great damage, especially if the bleeding is not treated or happens over and over.

People with hemophilia usually don't say they are bleeding.  They say they are having "a bleed."  You will hear them say, "I had four bleeds last month," or "It feels like I'm having a bleed in my ankle."