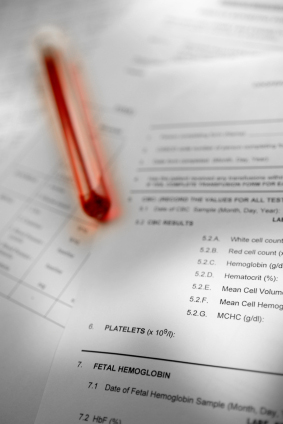 Some people may have VWD for years and never know that they have it.  This may be because they do not have symptoms or their symptoms are very mild.  This can be especially true for men.  They might only be diagnosed when having surgery or if a woman in their family is diagnosed.

Other people may not be diagnosed because their doctors do not know about VWD.  Their symptoms might be ignored or believed to be caused by something else. This is particularly common in teen girls and women with heavy periods.

Testing for VWD is best done by a specialist in bleeding disorders, such as the hematologist at a hemophilia treatment center (HTC).  He or she will know how to perform and interpret the tests accurately.

Your medical history is as important to the doctor as the laboratory tests.  The doctor will want to know:

Testing can be difficult

Testing for VWD, especially Type 1, can be difficult because the level of VWF can be easy to raise temporarily. Some of the things known to affect VWF levels are:

A person’s blood type can also affect his or her VWF level.  People with type O blood have lower levels of VWF than people in blood groups A, B, and AB.  Your blood type may be important for the doctor to know when interpreting the VWD test results.

Problems with your thyroid gland can make VWF levels go up or down.  The doctor might test your thyroid to make sure it is not the cause of your symptoms.

The doctor will order several blood tests to check for VWD.  This is necessary because of the different types of the disorder.  Because so many things affect the VWF level, it may be necessary to do the tests more than once.  Some of the blood tests used to diagnose VWD are: