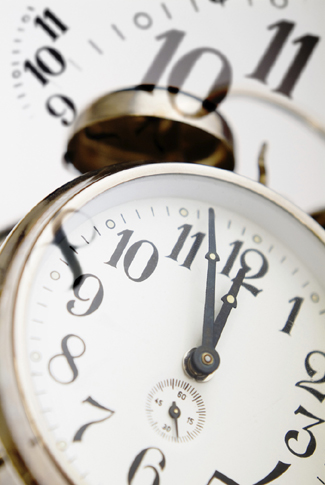 To treat with factor concentrate, it must be injected with a needle into a vein.  This is called infusing factor.  The steps to prepare and infuse factor are given in another section.  This section describes when to take factor.

In the prophylactic approach, the person with a bleeding disorder infuses to keep his factor level high enough to prevent a bleed.  This is considered the optimal treatment for young children with severe hemophilia A and hemophilia B.  Factor is given two or three times a week to keep the level in the blood high enough to prevent bleeds.  In this approach, a lot of money is spent on factor but you save money in the long run.  This is because you spend less money treating the complications of bleeds.

A person with a bleeding disorder may use the prophylactic approach when he knows he is going to do an activity likely to cause bleeding.  He will take the factor before he does the activity so he doesn’t have a bleed.  He might also do this before the dentist works on his teeth.  Sometimes the hemophilia doctor prescribes taking factor before or after surgery to prevent bleeding.

Factor may be given to stop a pattern of bleeds.  A person with hemophilia can have repeated bleeding in the same joint over time.  The joint in which this happens is called a "target joint."  To treat a target joint, his doctor may have him take factor every two to four days for a few weeks or longer.  The factor level in the person’s blood is raised high enough to prevent bleeding.  The person with hemophilia can exercise to strengthen the muscles and joint.  It is hoped that with stronger muscles the bleeding will not start again when treatments are stopped.

How long factor works in your body

The time of day to take factor

You should never delay taking factor if you think you are having a bleed.  By treating right away, you can reduce the number of treatments needed to stop the bleeding.  This saves money and hassles.  It also lowers the chances of having permanent damage.

Sometimes hemophilia doctors want you to take factor regularly for a period of time to prevent bleeds.  The best time for this prophylactic or preventive treatment is in the morning.  By taking factor in the morning, you can have your highest factor level during your most active time of the day.  You will have the most protection at the time you are most likely to bleed.

If you take factor at night, your factor level will be highest when you are asleep.  It will have dropped by half the next morning when you really need the protection.

How many doses to take

Usually one dose of factor is all that is needed to stop a mild to moderate bleed.  If the symptoms get worse or last longer than you expect, you may still be bleeding.  Call your HTC for advice.

You may need to take more doses of factor if: