The Royal Disease: A Family History Update on Queen Victoria

Published with permission from Louis P. LeGuyader and The Hemophilia Association of New York (HANY). 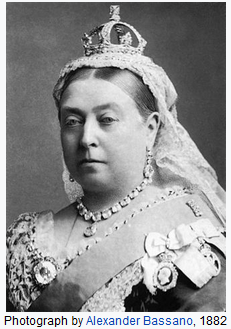 This article reports a new key fact about hemophilia. It is unlikely that the United Kingdom’s Queen Victoria was a first-time carrier of hemophilia in her family. Most likely, she inherited it. This has implications for reporting the mutation rate causing hemophilia (30% seems too high). It suggests a call out to people with hemophilia – please give deeper, broader, and more complete family histories!

Medicine describes Victoria as a female carrier who introduced hemophilia into her family as the result of a gene mutation.  Victoria herself asserted that she knew of no hemophilia in her family. Physicians in the 1800s, and later, neutralized her blame or responsibility for hemophilia by using the mutation tag and pointed out that she gave birth to many children before she learned about it.

The queen was the daughter of a British prince. The unlikely monarch was a female who outlived many male descendants of the king to become queen. She is also correctly described as her father’s only child.

The more complex truth is that she was also a German princess and one of three of her mother’s children. He mother was a widowed German princess. She had two offspring with a German prince, a son and a daughter. Few medical details are publicly available about the daughter’s line. The son, however, is reported to have died from bleeding from his internal organs in his early 50s. He had two bleeding attacks weeks apart. The local hospital successfully stopped the first bleed but could not stop the second. He died from apoplectic shock consistent with hemophilia.

The death of Victoria’s half-brother occurred in the 1850s near the end of Victoria’s child bearing years.  The true extent of Victorian hemophilia would not become evident for nearly 50 years when a spate of male descendants, European royals, succumbed quite publicly.

The family situation of Victoria’s German siblings masked the condition. On the son’s side, no others had hemophilia and his line died out. The half-sister’s line continues. At the time, the label hemophilia was still new, and controversial. The collaboration between the three leading medical communities of the day in America, the UK and Germany, was spotty, and this would last past WWII.

Information about Victoria’s hemophilia was managed for political reasons. The hope was that her female descendants would prove attractive spouses for all European royal families, and hemophilia interfered with that agenda. The British royal family also tried to distance itself from Germany, despite several family ties. This cut off information flows.

Women should be vigilant about this! Victoria’s mother was possibly a female carrier with inherited hemophilia. Her female descendants continue to be born to this day in unbroken royal female lines directly back to the queen. That hemophilia can persist for generations without symptoms and is sometimes forgotten, needs careful understanding. My research and outreach include recent contacts with members of Victoria’s family, including living members of her nearly unknown German line. Stay tuned!