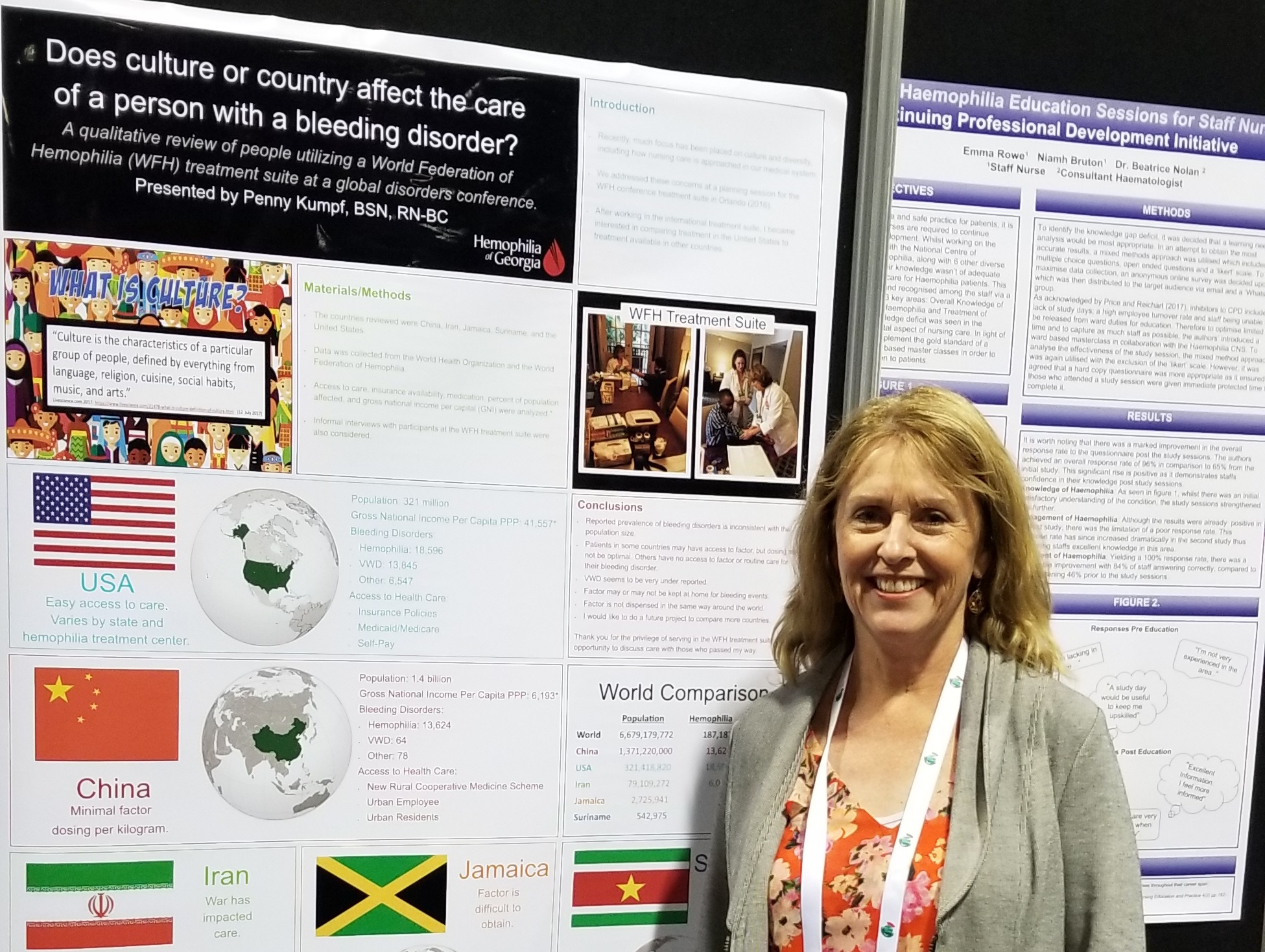 World Hemophilia Federation Conference (The World According to Kumpf)

Two years ago, I was honored to represent Hemophilia of Georgia and the National Hemophilia Foundation at the World Federation of Hemophilia conference in Orlando (2016). I served in a hemophilia treatment suite, where conference attendees came for infusion assistance. They were seen by a medical provider, infused with donated factor, and received physical therapy as needed. When they announced the 2018 meeting would be held in Scotland, I wanted to attend again. My head started spinning with ideas of what I could research and present to earn my way to Scotland. I thought to myself, “A nurse presenting research at a world meeting with scientists and researchers; what am I thinking?!”

For more than a year, I worked with Emory researching girls with bleeding disorders. We studied the effectiveness of treatment. We reviewed where the girls first presented with their bleeding experiences (pediatrician, emergency room, etc.), their plan of care, and how they were doing three months later. We plan to continue this study and will include the effectiveness of the care plan at six months. We also want to look at how their bleeding disorder affects their daily living activities.

I also did my own research project, which compared five countries: United States, China, Iran, Jamaica, and Suriname. I studied access to care, the reported number of people with bleeding disorders, insurance coverage, and availability of factor products. I learned there are huge differences and that bleeding disorders are underreported in some countries.

I was delighted when I received the email that let me know both projects were accepted! I was on my way to Scotland to present both research projects. It was truly an honor to represent Hemophilia of Georgia at the world meeting. I listened to the best and brightest brains in the world, all working to advance care and cures for patients with bleeding disorders.  Who would have thought a nurse from Georgia could go and do that?!