My Personal Experience with Beating Hepatitis C
By an Anonymous Member of the Georgia Bleeding Disorder Community
The HTCs and HoG are staffed with excellent doctors and support personnel and I thank all of them for their dedicated work helping people like me.  I met Cathy Dowis for the first time during an annual visit to the Emory HTC where the usual blood work and questions took place, all in all a routine visit.  A few weeks later I received a devastating call from Cathy. She told me that my blood work showed elevated liver enzymes indicating Hepatitis C.  My first response was "What? Hepa...Hep" I could barely get the words out.  I felt nauseous and shocked.  Later I felt angry...angry at contracting something normally associated with (from the general public's mind) unsafe behavior. Read more. 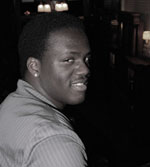 Client Spotlight: Christian H.
by Cathy Hulbert, LCSW, Social Worker
When Christian H., 24, was growing up with Factor IX Deficiency, he knew that he had some extra challenges in life that other kids did not seem to have. But he also knew that hemophilia summer camp was an experience that brought so much joy to his life. That is why Christian decided that he wanted to use his talents as a fashion designer to give back to the hemophilia community. He donated a gorgeous children’s dress that was a popular bidding item at the last Hit 'Em for Hemophilia Golf Tournament auction, sponsored by Hemophilia of Georgia. Read more.

Why Should I Send My Child To Camp Wannaklot Instead Of “Regular” Camp?
By Kim Wilson, Camp and Activities Coordinator
Camp Wannaklot, a week-long residential summer camp, is the only camp in Georgia that provides children who have hemophilia or other inherited bleeding disorders the opportunity to enjoy a traditional camp experience.  During this fun-filled week, campers make new friends, learn about their bleeding disorders, and share new experiences.  As the director of Camp Wannaklot, some parents have expressed concern to me about sending their child to a “special needs” camp such as Camp Wannaklot instead of helping them fit in to a “regular” camp that serves all children.  Read more.

Family Camp Spring 2012
By Kim Wilson, Camp and Activities Coordinator
More than 160 people including client families, staff, and volunteers enjoyed a perfect March weekend at Family Camp at Camp Twin Lakes.  Families arrived on Friday evening and were greeted by volunteers and staff to assist with luggage and check-in.  After dinner, the families participated in some icebreakers to get to know one another.  Then, the families participated in a modified game of tag where they learned about the importance of a person with hemophilia receiving  a factor infusion and RICE (Rest, Ice, Compression & Elevation) when “tagged” in life by activity or injury.  Read more.

Washington Days 2012
By Michelle Putnam, Associate Director of Advocacy and Research
As the ten of us flew over Washington, DC on March 7th for the National Hemophilia Foundation’s annual Washington Days, the clear sky afforded us a picture-perfect view of the US Capitol. The weather was warm, there were cherry blossoms across the city, and our team was looking forward to our trip which would give us a national platform to highlight how bleeding disorders impact our community. Read more.

Is Your Child On the Road to Independence? We Can Help!
By Cathy Hulbert, LCSW, HoG Social Worker
This is part two in a three-part series on transitioning from childhood to adulthood. We all know that doing something right takes practice. Teens don’t learn to drive when they get in a car and leave by themselves for the first time. College students don’t learn to study just before heading out for their freshmen year.  Taking responsibility for your health requires just as much practice. Read more.

Less Volume to Infuse Advate
By Leigh Carpenter, RPh, Director of Pharmacy
Baxter has introduced a 2 ml diluent volume for Advate in dosage strengths ranging from 250 to 1700 units.  The previous volume for these sizes was 5ml.  Baxter reported that this change was developed in response to the community’s desire for a decreased volume to infuse.  The larger dosage strengths of 2000, 2500 and 3000 units will remain at 5 ml.  Read more.

Twinning:  HoG working to “Close the Gap”
By Deniece Chevannes, MPH, Health Educator
April 17 is World Hemophilia Day; a day that is celebrated to increase awareness of hemophilia and to help “close the gap” of care around the world.  It is estimated that 1 in every 1,000 men and women have a bleeding disorder; and of these about 75% do not receive adequate treatment and, even worse, some receive no treatment at all.  Hemophilia of Georgia is actively working to help “close the gap” in Bolivia.  Like many other developing countries, Bolivia has very few resources and care for inherited bleeding disorders is almost non-existent.  Read more.

ATHN Advoy Makes Tracking Bleeds and Infusions Easier
By Deniece Chevannes, MPH, Health Educator
Would you like an easier way to track your bleeds and infusions? The American Thrombosis and Hemostasis Network (ATHN) wants to help you do just that.  ATHN has released a new and improved version of ATHNadvoy; a web based electronic bleed and infusion log. Read more.

Common HIV Drug Can Cause Kidney Disease
Submitted by the National Hemophilia Foundation
According to a recent study from the University of California at San Francisco (UCSF), tenofovir, one of the more effective and commonly prescribed antiretroviral therapies for HIV/AIDS, is associated with significant and progressive risk of kidney damage and chronic kidney disease. Read more.

Merck Warns of HCV/HIV Drug Interactions
Submitted by the National Hemophilia Foundation
In February 2012, Merck informed physicians in the U.S. of the results of a pharmacokinetic study assessing interactions between Victrelis™, the company’s protease inhibitor (PI) drug boceprevir for the treatment of the hepatitis C virus (HCV), and certain HIV antiretroviral (ARV) drugs. Read more.

Find us on Facebook and Twitter
________________________________________
Hemophilia of Georgia is not engaged in the practice of medicine and does not endorse or support any particular factor concentrate or treatment protocol. HoG recommends that you consult with your physician prior to starting any course of therapy. Occasionally HoG disseminates information on new treatments or therapies. HoG shares this for informational purposes only and makes no claim as to its accuracy or effectiveness.