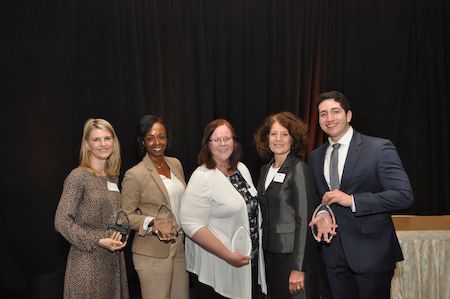 Giving Thanks to Volunteers and Donors

By Sarah Weikert, Director of Development

On April 11, Hemophilia of Georgia gave thanks to volunteers and donors for their time and commitment to the HoG mission at its annual appreciation dinner. Held at the Ritz Carlton in downtown Atlanta and themed an “Evening of Gratitude,” the event featured an inspiring story from keynote speaker, Vicky Horner.

Horner is the mother of a child with hemophilia, and she also manages a bleeding disorder of her own. In describing the challenges and triumphs her family has experienced, she said: “I don’t know what we would have done without HoG. They have been there every step of the way with us.”

During the evening, HoG also honored several volunteers and sponsors with awards for outstanding commitment to the mission:

HoG is grateful to all the volunteers and donors who give generously year after year to help those affected by bleeding disorders.