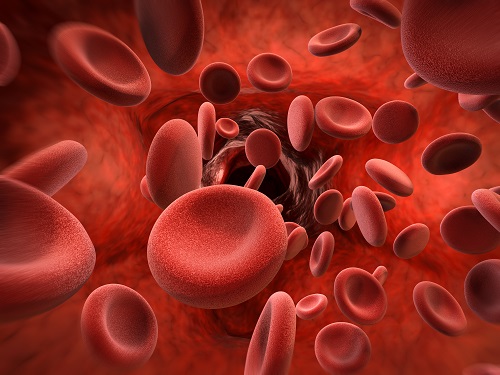 A Cross-Sectional Analysis of Cardiovascular Disease in the Hemophilia Population, June 12, 2018, in the journal Blood Advances

Because of their lower factor levels, hemophilia patients are generally thought to be better protected from cardiovascular disease (CVD). To determine whether data would support this long-held assumption, a team of investigators enrolled patients from 19 U.S. hemophilia treatment centers (HTCs) in the “CVD in Hemophilia” study. The lead author of the study was Barbara Konkle, MD, Professor of Medicine in the Division of Hematology at the University of Washington School of Medicine in Seattle, WA. She is also Director of Clinical and Translational Research, Associate Director of the Washington Center for Bleeding Disorders, and Director of the Hemostasis, Platelet Immunology and Genomics Laboratory at Bloodworks Northwest.

In all, 200 moderate and severe hemophilia patients, ranging from 54 to 73 years of age, were enrolled in the study between 2012 and 2015. The purpose was to better understand the prevalence of CVD in these patients. Konkle and her fellow authors collected medical records and patient interviews, then compared the HTC data with unaffected men of comparable age ranges. The comparison data were drawn primarily from the US Atherosclerosis Risk in Communities (ARIC) survey group.

The authors defined CVD in patients who had presented with certain symptoms and procedures including angina, a type of chest pain caused by reduced blood flow to the heart; any myocardial infarction (MI) or heart attack; nonhemorrhagic stroke or transient ischemic attack, often referred to as a “mini stroke”; any history of heart-related procedures such as coronary bypass graft surgery or coronary artery angioplasty. Ultimately, 30 of the hemophilia patients met the established CVD criteria, with the most common events being angina and MI. When compared with the unaffected group, the HTC patients did experience significantly less CVD events and procedures, with an overall rate of 15% vs. 25.8% in the ARIC group.

The authors cited study strengths including its multicenter structure and the measures that were taken to account for certain variables unique to hemophilia. “If a low baseline factor level is protective against CVD, it would be more likely to be detected in a population with more severe disease, as the protective effect could be diluted or masked in cohorts that include patients with mildly decreased factor levels, explained the authors. “This is particularly true of rare diseases such as hemophilia, for which subject numbers in studies tend to be low. Our study also used medical records to confirm CVD diagnoses, central laboratory testing for lipids, and hsCRP (high-sensitivity C-reactive protein) and central reading of electrocardiograms.”

Study limitations were also noted, including the lack of an active control group and potential selection bias as individuals with more medical complications may visit the HTC more often and thus be more available for study. In addition, the study included HTC patients only, thus excluding the estimated 20%-30% U.S. patients who receive care outside the HTC network. The authors acknowledge that these factors could possibly skew their study group towards patients with more comorbidities, potentially resulting in an “overestimation of CVD in the population.”

Strengths and weaknesses notwithstanding, the authors drew important takeaways from the study. While hemophilia may offer some protection from CVD in certain moderate and severe patients, older patients are not completely immune from heart-related complications. Cardiovascular risk factors such as hypertension, are still common in hemophilia and as such prevention measures are still warranted.

“Thus, given the occurrence of CVD in men with hemophilia, and the challenges in its treatment in this population, measures directed at screening for and managing cardiovascular risk factors and optimizing management of CVD in this population are needed,” concluded the authors.

The study, “A Cross-Sectional Analysis of Cardiovascular Disease in the Hemophilia Population,” was published on June 12, 2018 in the journal Blood Advances.