Happy Holidays from everyone at Hemophilia of Georgia!  The HoG office, HoG pharmacy, and Beacon Pharmacy will be closed on Thursday and Friday November 25 and 26 for Thanksgiving. Read more. 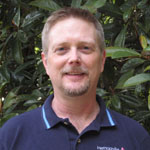 Jeff Cornett, Director of Training, Research and Advocacy for Hemophilia of Georgia, was named Advocate of the Year by the National Hemophilia Foundation at the 2010 NHF Annual Meeting in New Orleans.  This award recognizes individuals for their outstanding work related to advocacy in the bleeding/clotting disorders community. Read more.

NHF and CDC Seek Teens and Parents for Group Discussions

Are You The Parent Of A Child Age 5-12 Or 16-19 Who Is Living With Hemophilia?
The Centers for Disease Control and Prevention and the National Hemophilia Foundation are looking for 10 people in the metro Atlanta area to participate in a group conversation about your child’s experiences living with a bleeding disorder.  Read more.

Are You A Teenager Age 16-19 and Living With Hemophilia?
The CDC and NHF are looking for 20 people in the metro Atlanta area to participate in a group conversation about teenage experiences living with a bleeding disorder.  Read more. 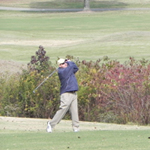 Hemophilia of Georgia held the annual Hit ‘Em for Hemophilia Golf Tournament on Monday, November 1, 2010 at Château Élan Winery and Resort in Braselton, Georgia.  More than 200 golfers participated in the tournament which was played on all three courses at Château Élan. Due to the generous support of many organizations, the tournament raised over $230,000 for bleeding disorders research.  Read more.

I recently had a change with my insurance coverage.  When I called to order factor from HoG’s pharmacy I found out you are not “in network” with my plan.  What can I do?  Read more.

In August, Pfizer, Inc. (formerly Wyeth), announced the U.S. Food and Drug Administration (FDA) granted approval for the use of a new administration device for Xyntha, the company’s recombinant factor VIII product.  Xyntha will now be dispensed with a prefilled dual-chamber syringe for intravenous administration.  Read more.

Using genetically modified plants, researchers from two Florida universities are developing a technique that could help prevent treatment-related complications such as inhibitors, an immune reaction that neutralizes infused factor, and anaphylaxis, severe allergic reactions, in people with hemophilia B. The lead authors of the study were Dheeraj Verma, PhD, Department of Molecular Biology and Microbiology, College of Medicine, at the University of Central Florida (UCF) in Orlando and Babak Moghimi, MD, Department of Pediatrics, College of Medicine, at the University of Florida (UF) in Gainesville. Read more.