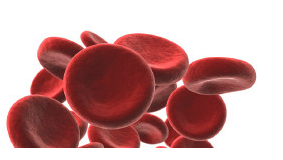 Hemophilia is a disorder in which a person's blood is not able to clot normally. In normal blood, proteins called clotting factors work together to form a clot whenever bleeding occurs. The person with hemophilia lacks or doesn't have enough of a certain clotting factor so the blood can't make a clot.

This is not a problem when a person with hemophilia has a simple cut or scrape. He doesn't bleed any faster than the average person. He can hold pressure on the cut and platelets in the blood will stop the bleeding.

The problem for people with hemophilia is bleeding inside the body, especially bleeding into joints like the knees, elbows, and ankles. When bleeding happens inside the joint, it becomes very swollen and painful. Repeated bleeding into a joint can cause a type of crippling arthritis. Bleeding inside other parts of the body, such as the brain, throat, and abdomen can be life-threatening.

In about one-third of the babies born with hemophilia, the disorder is believed to be due to a spontaneous mutation of the gene. There is no family history of hemophilia.

How common is hemophilia?

Hemophilia is a very rare disorder. Very few people have it. There are about 20,000 people in the United States with hemophilia. One out of every 5,000 boys born has hemophilia. This makes it about as rare as triplets (three babies in one birth).

Is there a cure for hemophilia? What treatment is available?

The clotting factor used to treat hemophilia is very expensive. A common type of bleeding, into a joint, can cost $200 to $6,000 to treat one time, depending on the person's weight. A person with hemophilia may spend from $40,000 to over $200,000 each year for his medical care.