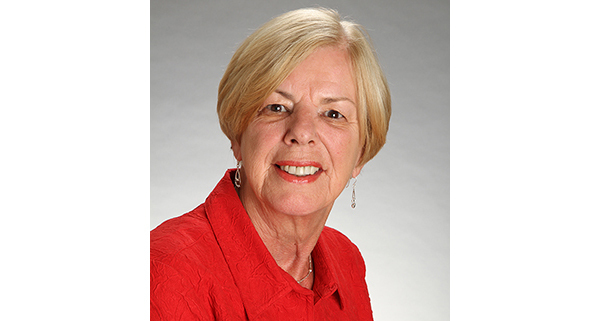 In Honor and Memory of Trish Dominic, Former CEO of Hemophilia of Georgia

Hemophilia of Georgia (HoG) is deeply saddened to announce that former CEO and community leader, Trish Dominic, passed away on Monday, November 21, 2022.

Trish was Hemophilia of Georgia’s first CEO. She was hired in 1984 as Executive Director and in 2008, she was named CEO and held that position until her retirement in 2015. Widely known for her perseverance and integrity, Trish worked tirelessly throughout her career as a champion for the inherited bleeding disorder community. Serving them was her top priority and it showed.

There were many historical “firsts” for the organization that happened under her leadership. HoG grew from a small chapter of the National Hemophilia Foundation to an independent, multi-service organization with a staff that included outreach nurses, social workers, and a nonprofit pharmacy. HoG became the Regional Core Center, endowed research chairs at Emory University, and created its own camp program, Camp Wannaklot.

Trish’s vision was not limited to the state or the region. She worked to develop partnerships around the globe. In 1996, the World Federation of Hemophilia (WFH) asked Hemophilia of Georgia to work with the Chilean hemophilia organization to help them learn to advocate before the Chilean government as part of “Operation Access,” a program created to make factor concentrate more accessible to those who need it.

In 1998 Trish worked with hemophilia pharmacies across the U.S. to establish the Hemophilia Alliance to represent their interests with federal government agencies, pharmaceutical companies, and Congress. She went on to serve as President of the Hemophilia Alliance from 2001 to 2005 and served on the association's Board of Directors. As the leader of Hemophilia of Georgia, Trish was instrumental in the formation of the American Thrombosis & Hemostasis Network (ATHN), a national organization to collect and house data for research and health outcomes.

Trish began her work in the bleeding disorder community in 1976 as a field representative for the NHF. Nearly four decades later in 2014, and on the 30 anniversary of her employment with HoG, Trish received the Lifetime Achievement Award from the National Hemophilia Foundation (NHF) at its Annual Meeting, in recognition for her lifetime of dedication to improving the lives of those affected by bleeding disorders.

Today, Hemophilia of Georgia is a nationally and internationally recognized nonprofit organization and a premier provider of programs and support services to more than 1800 people with hemophilia, von Willebrand Disease, and other bleeding disorders.

We are heartbroken to hear of Trish’s passing and extend our condolences to her family. As an organization, we will continue to honor Trish’s legacy of  being dedicated to enhancing the health and wellness of the bleeding disorders community by providing excellence in comprehensive health care, education, advocacy, and the support of research.