Recombinant factor VIII, IX, and VIIa products have been available in the United States since the 1990s.  Recombinant factor concentrate is made in a special way.  Scientists learned how to turn certain animal cells into "factories" to make human clotting factor proteins.  The human gene for the desired factor is placed in the animal cells which begin making large amounts of the factor protein.  Since this factor does not come from human blood, it does not contain viruses or unwanted proteins. 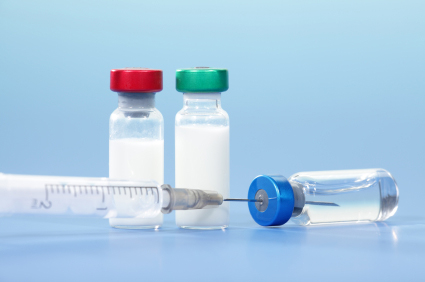 Most people with hemophilia can use recombinant factor concentrate.  People with VWD have to use factor concentrate that has VWF in it.  This means that they cannot use the recombinant factor products used by people with hemophilia.  Those products only contain factor VIII or factor IX.  They don’t have any von Willebrand factor.  A recombinant von Willebrand factor has been made and tested successfully in dogs with VWD.  It is not yet available in the United States.

NovoSeven® is the brand name for recombinant factor VIIa.  In the U.S. it is licensed for the treatment of people with hemophilia who have an inhibitor (antibody) against factor VIII or IX.  In Europe, it has also been licensed to treat people with Glanzmann’s thrombasthenia.  NovoSeven® has been used successfully in the U.S. for treatment of bleeding in people with Glanzmann’s thrombasthenia and Bernard Soulier Syndrome.  NovoSeven® does not last long in the body and is very expensive.